This evening, I met a childhood friend of mine who still lives in the same town as me but that will change soon. Originally, I just wanted to get my RasPi back which I had lent him for a school project and I think we built a WiFi sniffer or some similar shit, haha. That was a few months ago and now I wanted the cake back and eat it too.

After having enjoyed a nice view from the top of an abandoned supermarket (sadly not an Edeka, like wtf Job, do you expect every german supermarket to be an Edeka?), we sat down in the grass and talked about deep things because that's what you do in a small town at the age of less than 20 years. Anyway, he gave me the Pi aaaand... his red fucking Game Boy. I couldn't believe my eyes. I knew that thing had personal value for him and he gave it to me since he couldn't attend my birthday party and wanted to compensate for it or idk. I felt immense joy. I also got Tetris, DuckTales, Bugs Bunny: Crazy Castle (James Rolfe would definitely appreciate!) and Super Mario Land 2. Sheeeet, all of these are classics, and I can't thank him enough. 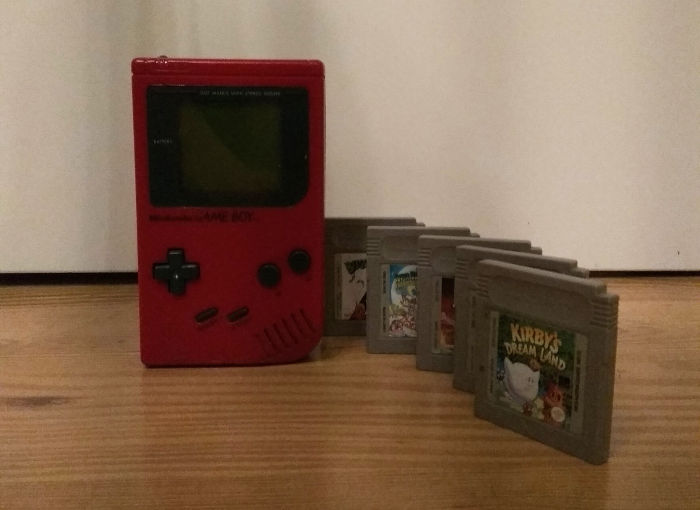 Also, that's weird because it was just a few days ago that I stumbled upon /r/GameBoy and thought about buying a used one so I could waste some time cleaning and modding it. Hehe.

Then, we talked about more deep shit and music production and now, an anecdote: In kindergarten, I actually hated him. But starting from elementary school, we started to hang out with each other, probably because we realised the dumb kid we used to dislike wasn't as retarded as the other ones. Anyway, we were pretty similar until we were both 15-to-16-year-olds when I got into... staying myself I guess? and he took the art'n'drugs path. Looking at us now, he is quite integrated in an antisocial but fun community and is moving in with some other artsy people while I try not to fall into depression. Fuck yeah!

Concluding, I should be more art'n'drugs, definitely, also because I can't see myself sitting in an office all day long and have really started enjoying arts more than computer science in the past years.

Anyway, he'll move out of the town in a few months, and I'll do the same. He got the idea to break into some abandoned house in the woods (I can tell this here because this is free speech and Neocities is us-based, alt-righty my american friends?), get a power generator, some speakers to blast and lots of fans and take the fucking house apart, for saying farewell basically. I'm 100% behind the idea and will keep you updated with some fre$h pictures I'll take with an old hipster polaroid camera I don't have.

... aaand my dad just grabbed the Game Boy for playing Tetris because he loved it back in the days of the cold war soviet union... Chernobyl-Gorbatschow... GlasnostVodka xa xa xa shelfdust which is totally not true because it ended in 1989.

Oh, why do I have to destroy everything beautiful?